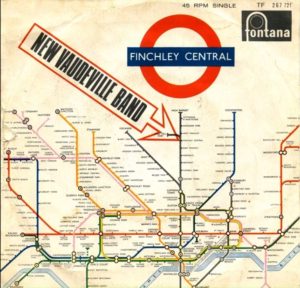 The New Vaudeville Band was a group created in 1966 by Geoff Stephens, who was born in 1934 in New Southgate. “Winchester Cathedral” became a transatlantic hit that autumn, reaching #1 in the US and selling over three million copies worldwide. In 1967 the Band released an album, followed by singles such as “Finchley Central”, which reached #11 in the UK charts. More information here.

You can listen on Spotify here and watch on YouTube below: