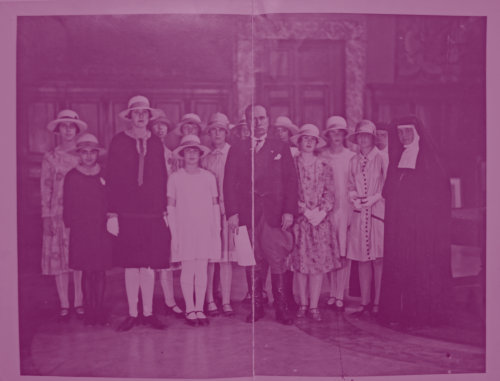 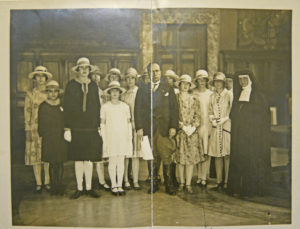 The most recent addition to the Archives is the diary of a pupil at Finchley Manor House School, written in 1927 on a school trip to Italy. Clearly, the school, run by the Sisters of Marie Auxiliatrice since 1921, had some influence. The trip included audiences with the Pope, and with Mussolini. The typed loose-leaf diary provides a schoolgirl’s view of the latter meeting, and includes this photo (now slightly damaged), which also appeared on the front page of the newspaper Il Tevere (also included in the donation by the girl’s daughter). The school closed in 1969 and the Manor House became part of The Sternberg Centre.

At its height, the school had more than 650 pupils and a high academic success rate. The headmistress, Mary Xaverine, was a direct descendent of Thomas More’s daughter, Margaret Roper.

You can learn more about our archives click here.